Get fresh music recommendations delivered to your inbox every Friday.
We've updated our Terms of Use. You can review the changes here.

An Anthology of Chants Operations 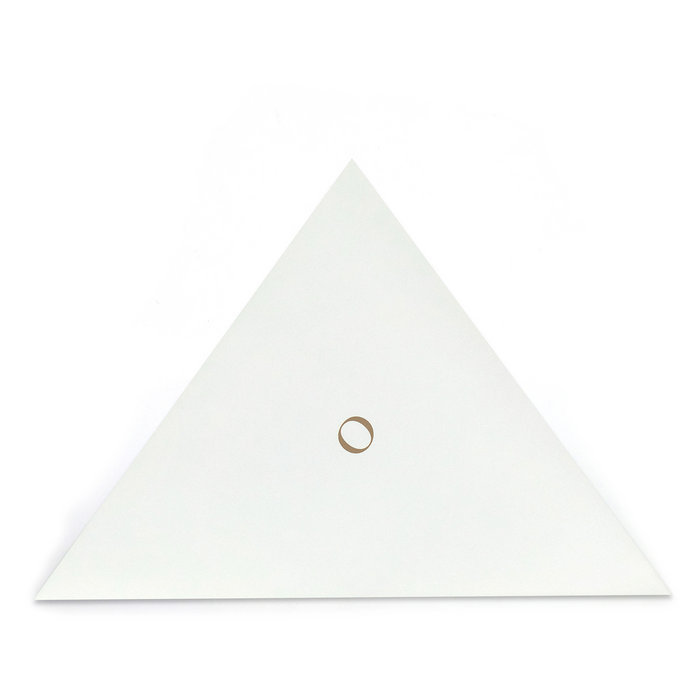 While often laying unobserved below a landscape of the seemingly unfamiliar, experimental music is the imagining of the future, embedded in a quest for fundamental truth. It is a music that attempts to speak of who we are, fueled by curiosity and formed into creative languages that seek new relationships to meaning and communication through organizations of sound. New Mexico based performer, improvisor, composer, and sound artist Raven Chacon’s latest LP, "An Anthology of Chants Operations", the second outing from Ouidah - a new imprint in the Blume Editions family, dedicated to ambitious artists working in often overlooked geographies - is a shimmering window into the rigour, hope, and beauty of these pursuits; a body of recordings drawn from across the last decade of his output, that weaves the elemental and topical into startling abstract forms.

Deeply introspective, Chacon’s work rests at the root meaning and intention of experimental practice. It is the outcome of an action that, at its inception, responds to a question for which the answer is unknown. In his hands, sound is a raw, democratic material, with a near infinite number of possibilities and sources - sometimes found and encountered, others self-generated - reformed into an image that refract the notions of humanity and being outside of themselves.

"An Anthology of Chants Operations" comprises a body of 9 recordings created by Chacon between 2010 and 2020, capturing live performance, installation, and composition. Offering an expansive cross-section of the cohesive diversity that defines his practice, each is a free-standing encounter, drawing on the artist’s deep sense of curiosity about the meaning that develops through a relation to history, happening, place, and environment.

"Singing Toward the Wind Now / Singing Toward the Sun Now" is a work that documents an installation staged at Canyon de Chelly National Monument in Chinle, Arizona in 2012, for which Chacon created 4 metal sculptures that function as musical instruments - 2 wind harps and 2 solar-powered oscillators - played by the natural elements. Encountered here as a tapestry of drone, subtle electronic beating, and environmental sound, the work forms part of a multidimensional image, alluding to their unseen forms and countless experiences and phenomena, across the millennia, of the land where it was staged.

This navigation of the experiential manifestations of history’s contemporary life, carries into "MVHS", a work constructed from recordings of Navajo high-school students learning to play a 5-hole 'Indian' flute in their music class. Forced upon them by their teacher as a 'classical' instrument, despite lacking precedent in their own culture, Chacon unveils an unfolding simulacrum of Native American identity and heritage that amounts to garish cliché, reappropriating it as a raw material to indicate the complex alignment of meaning – both internal and external - connected to a people, place, and the nurture of their truth.

Chacon’s work is bound by the cohesion of his ideas, explorations, and the nature of his responses, rather a tangible loyalty to aesthetic appearance or form. The immersion into the dynamics of this approach, relating to action, place, and meaning that develops at their meeting, continuous to expand as his "Anthology" unfolds, blurring the line between the performative, chance encounter, and the composed.

The wondrously beautiful and aptly named "Study for Human-made Bird Calls and Microphone out a Moving Car Window", "Tyuonyi", a sound work deploying field recordings at the ruins of Tyuonyi, delve toward radically different depictions of the abstractions that develop between object and the occupation of place, weaving ambience and intervention into unexpected forms.

"Chant", one of a larger body of performances for voice; "Antler/Glass", capturing a live performance with amplified deer antler and a sheet of glass; and "Pinefire Song", a piece made from shaken and processed shells from Zuni Pueblo, and a tape loop of a bonfire of pine needles, shift their materiality and actions toward signifier and sign, with Chacon’s body channeling the historical and cultural potency that rests at the conjunction of sound and action.

"MSRC", a microtonal, collaborative improvisation with Marc Sabat on viola and Chacon on custom-tuned organ, and "Operation", a chance-composition, through their own distinct notions of musicality, sculpt transient spaces of imagistic sonority, pointing to the depth at their source, given new life in the present by Chacon’s deep sensitively to the effect of the place, and the contained elements and happenings that move him to act, respond, and explore.

Filled with life, vitality, and the curiosity that follows, Raven Chacon’s "An Anthology of Chants Operations" presents a wildly expanded and revitalized notion of experimental practice that stretches far beyond the potentialities within which it is normatively conformed. A deeply human music, asking after the effects of place on who we are. Issued by Ouidah in a beautiful edition of 200 copies on black vinyl, packaged in the label’s signature monochrome triangular sleeve, a Nagaoka anti-static sleeve, and complete with two informative inserts.

Recorded between 2010-2020 in New Mexico/Arizona/Alberta.

Bandcamp Daily  your guide to the world of Bandcamp